This page is a supplement to our book The easy Guide to Your Walt Disney World Visit 2017. We updated the 2017 edition in March 2017—if you bought the 2017 edition before then, get your update by following the instructions below:

Below you can find larger/color versions of the key images and tables in the book, advice on picking the best days in each park (because of changes in how far in advance Disney publishes details, not as robust as we’d like) and specifics on what changes are in each update.

Click the links below to get to the sections of this page that interest you!

Large printable color maps of each park, both in image and PDF versions. Click the images to enlarge them. 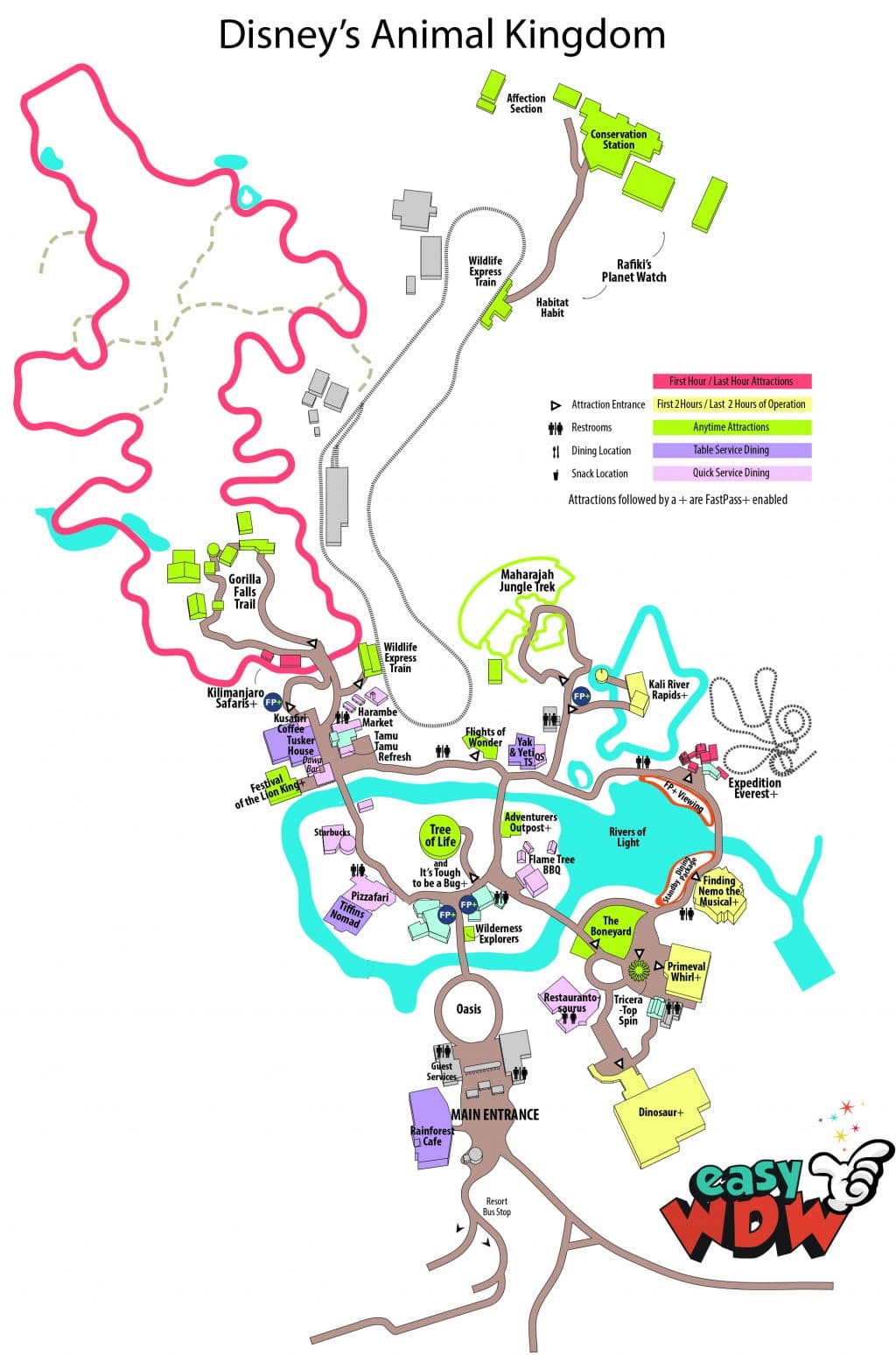 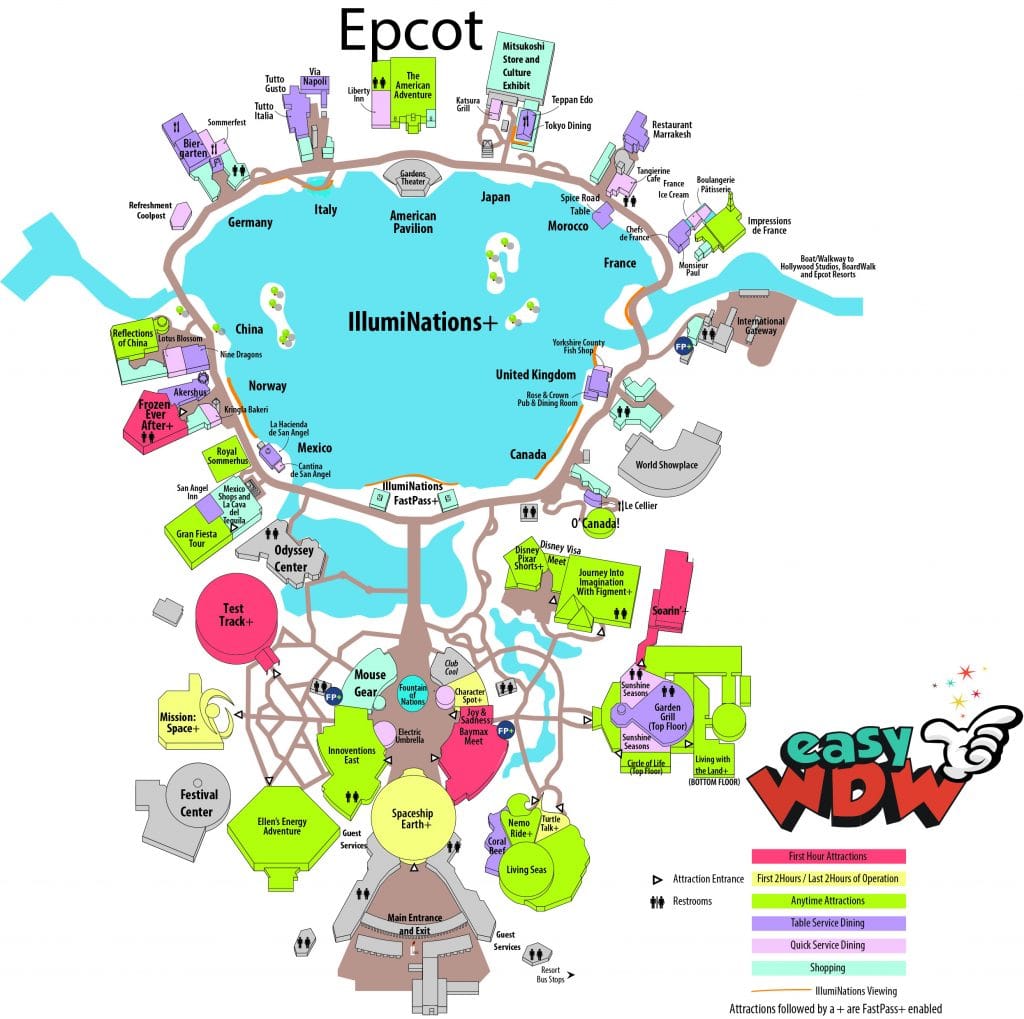 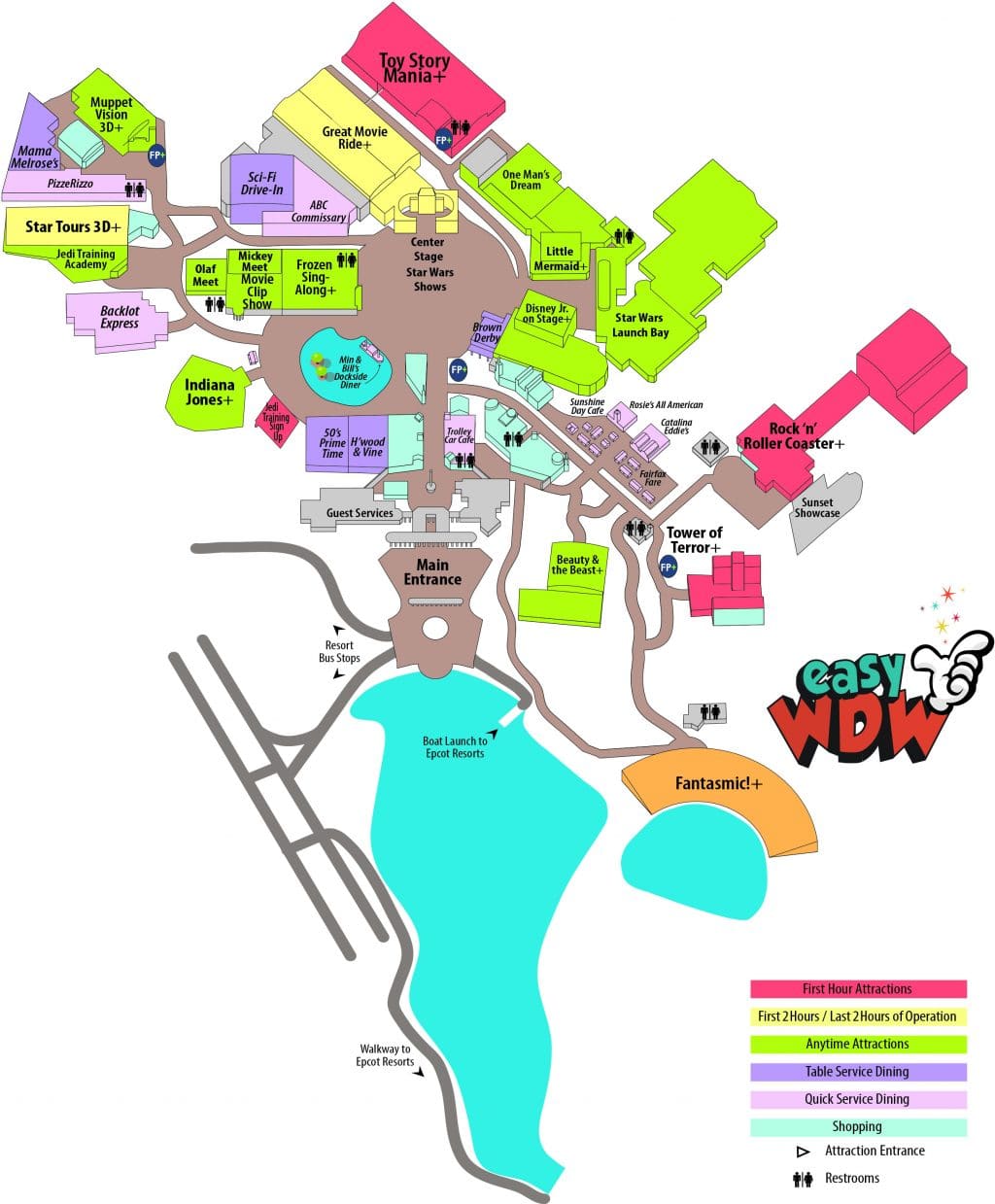 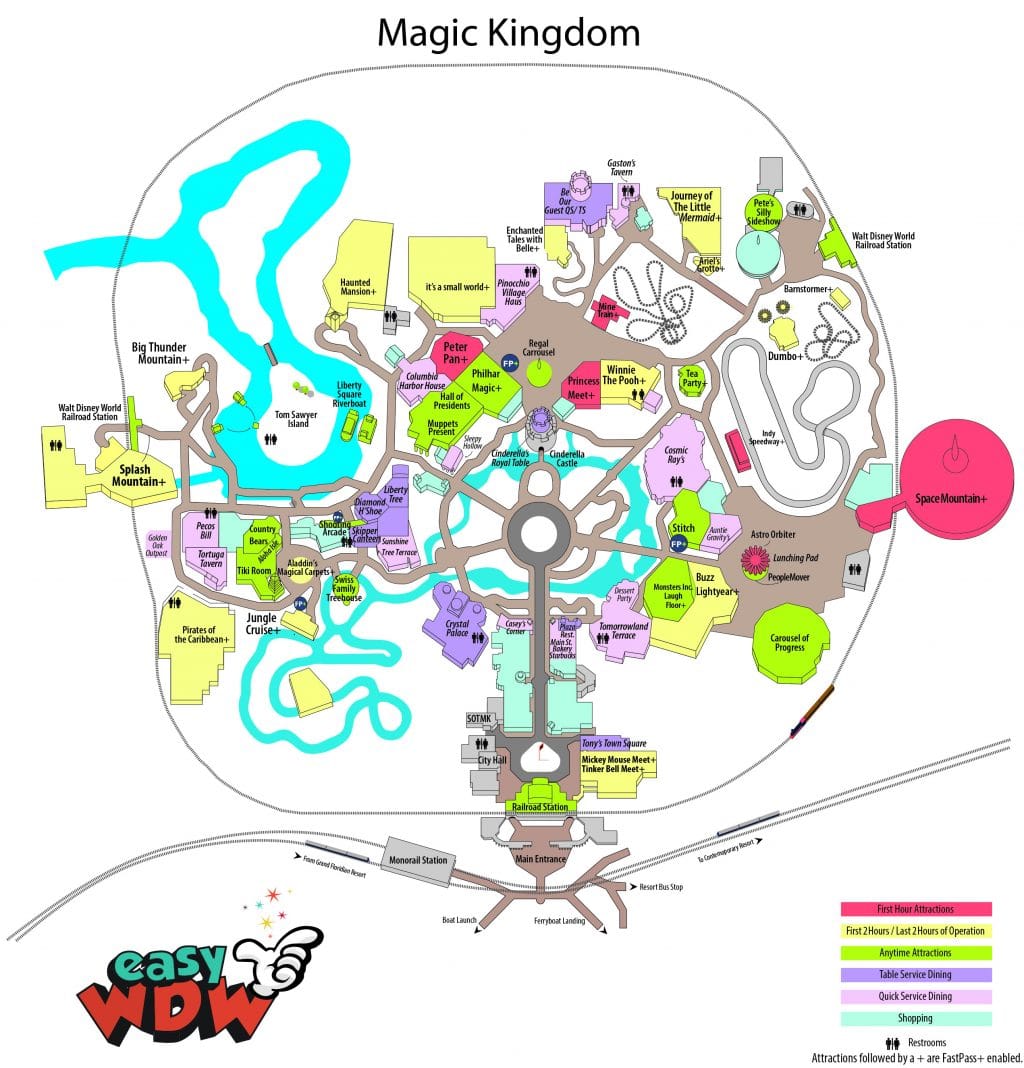 OTHER IMAGES AND TABLES

Printable larger and/or color versions of the harder-to-read charts and tables in the book. Click the images to enlarge them, or links to open them. 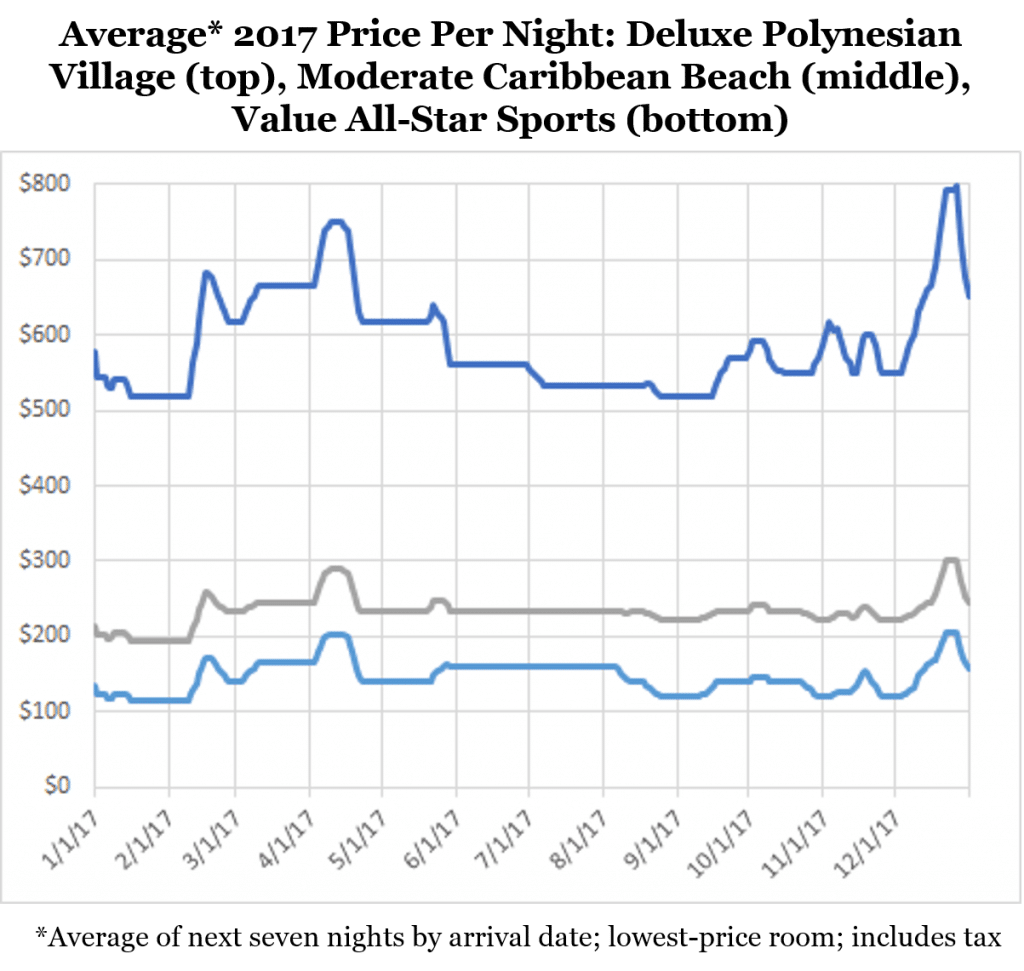 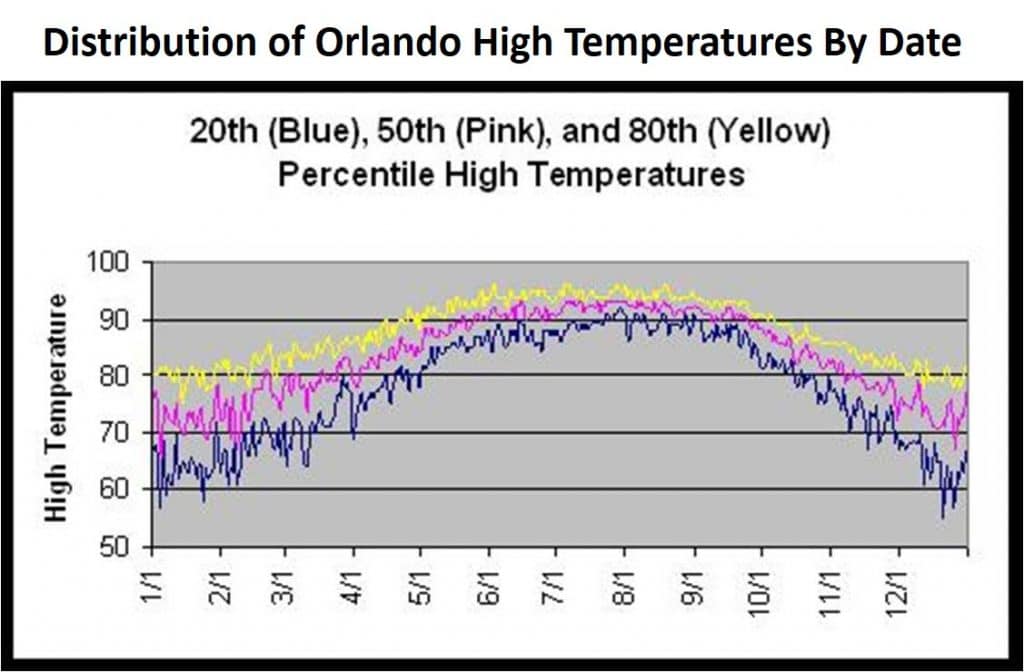 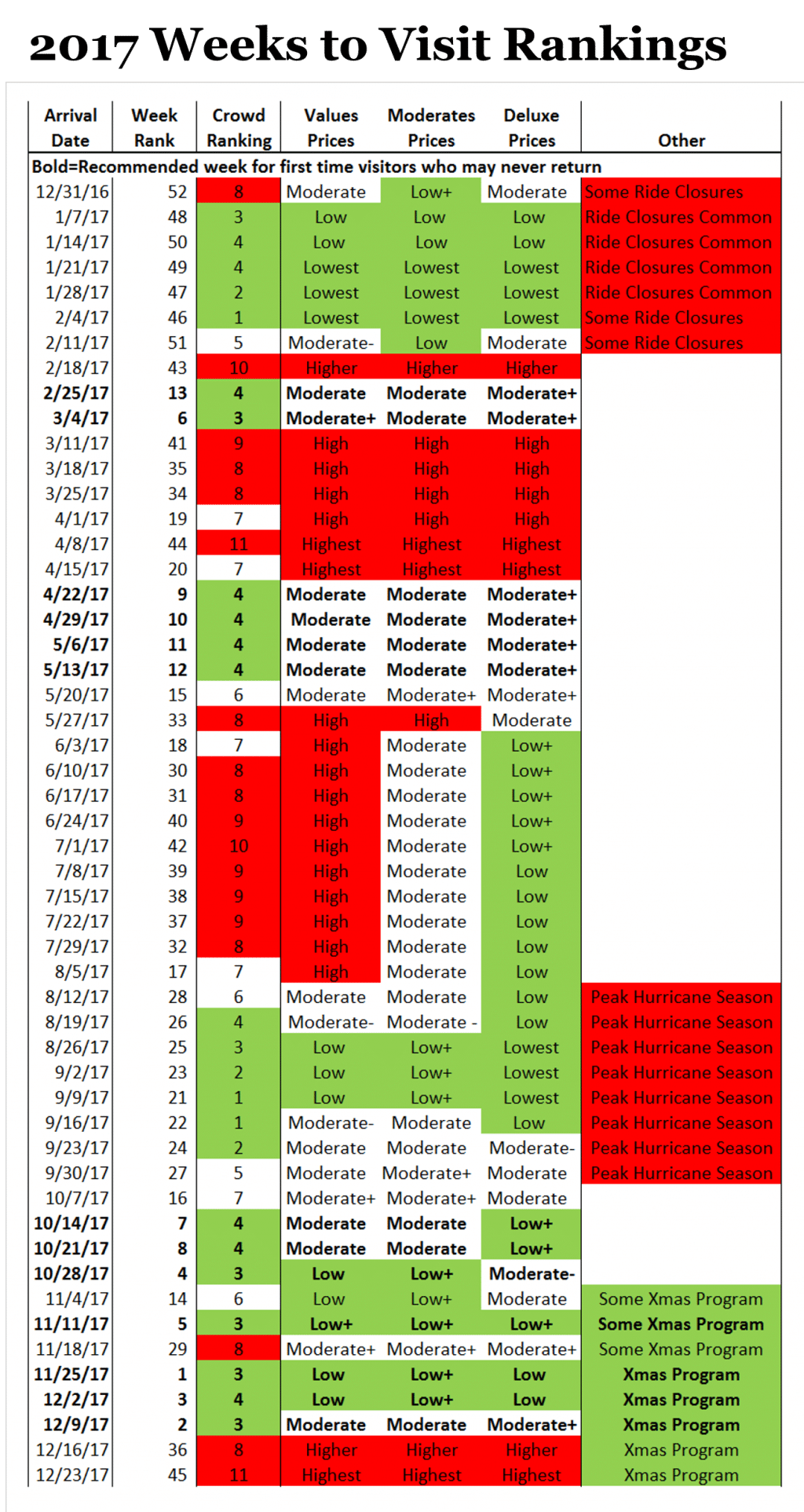 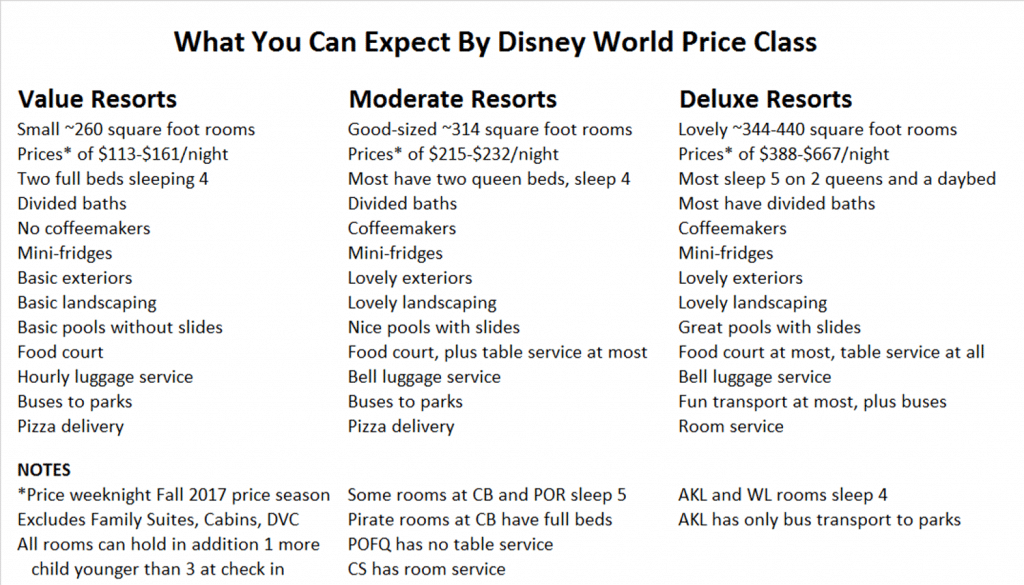 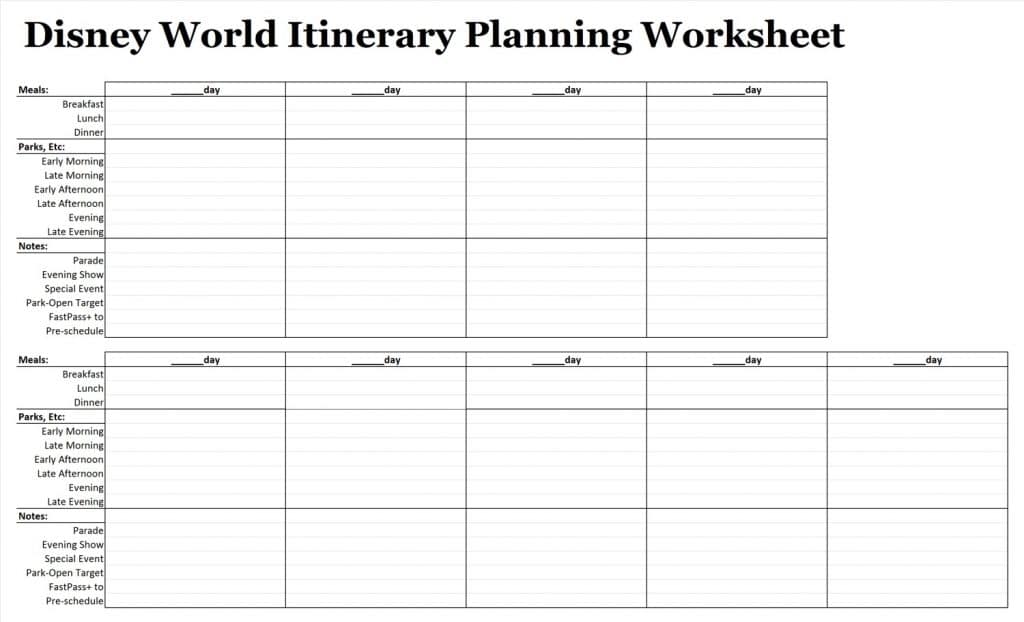 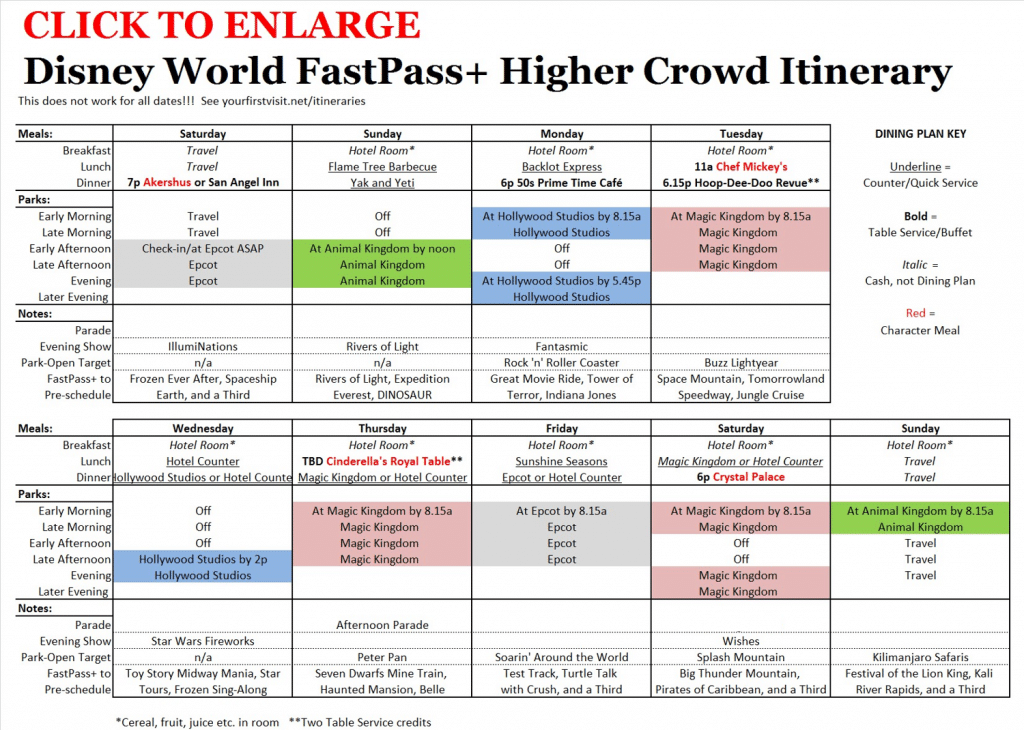 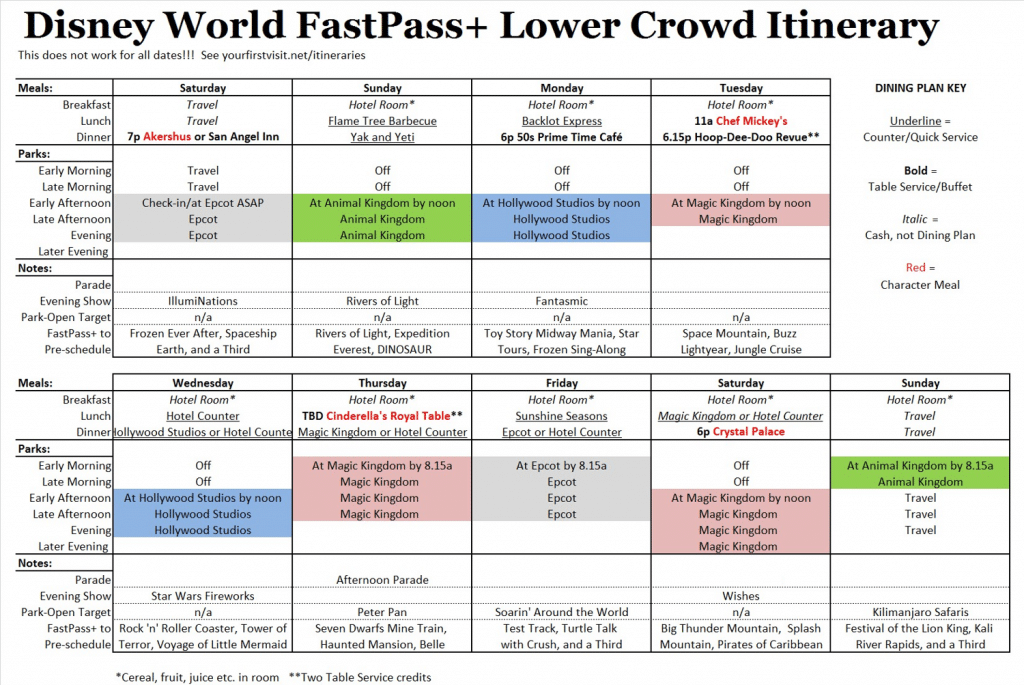 Larger, color versions of all the floor plans would really clutter this page. Here’s just one: 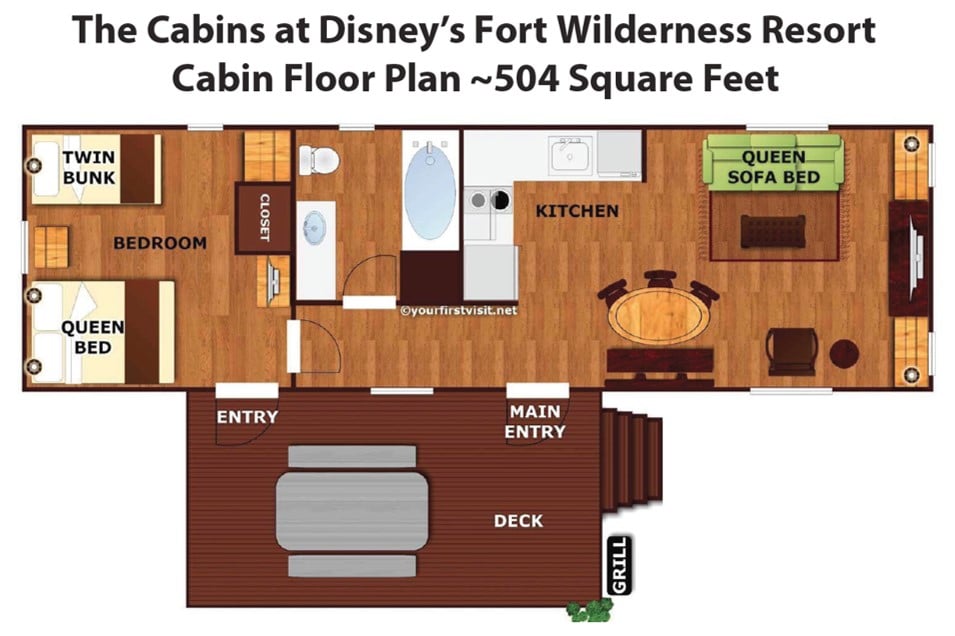 Instead, click to the page listing all of Dave’s reviews here, and then on that page click the resort you are interested in, where you’ll find a large color version of its floor plan.

PDF VERSIONS OF THE CHEAT SHEETS

PDF versions of the Cheat Sheets:

The forms of these are slightly different than you’ll find in Chapter 6, but the ideas and plans are the same.

While most of the year having a good touring plan—such as those in the cheats sheets at the end of Chapter 6—is much more important than picking the best park each day, or avoiding the worst, we can help you with picking your park days. However, Disney World’s recent practice of having detailed calendars available only for the next month or so greatly complicates how specific we can be.

As we note on page 120, on average much of the year until late August

Charting these, with green standing for least busy and red busiest, yields these results:

Note that every day has green parks, and most have red parks.

However, you can’t use this for every week, as not only are there variations, but unfortunately not all of these variations are in the Disney World calendars yet.

THE BEST DAYS MAY THROUGH LATE AUGUST

We believe that the general best and worst park advice will work reasonably well until late August, with a couple of exceptions:

With a couple of exceptions, the period from late August until around December 22 is much more complicated.

This period combines a time when because of the Halloween Party and Christmas Party most weeks the Magic Kingdom closes at 7p three or four nights a week, with the Epcot International Food and Wine Festival from August 31 to November 13.

The effect of the early closes at Magic Kingdom is that the park is mobbed on the nights it does not close—most commonly (but not always) Saturdays, Mondays and Wednesdays. The Food and Wine Festival means that Epcot will be extremely busy on weekends, and in particular on Friday and Saturday evenings.

(Initial Magic Kingdom hours are out through October; problem nights will be any nights not currently showing a 7p close.)

The chart below is for a week when Food and Wine is on and a Magic Kingdom party is showing according to its most common pattern: Sunday, Tuesday, Thursday and Friday.

Note that when the final Rivers of Light and Star Wars schedules for this period come out, even this pattern may change. If, for example, Rivers of Light shows in the fall according to its spring pattern of Sundays, Tuesdays, Thursdays and Saturdays, while the Star Wars show shows every night at Hollywood Studios, then Tuesdays would likely turn into crowded days at Animal Kingdom—as those choosing between Hollywood Studios and Animal Kingdom would be particularly drawn to Animal Kingdom for its extra evening entertainment compared to the days around it.

One distinctive week in this period is the week beginning 10/28. Changes to the Extra Magic Hours pattern Sunday through (at least—the November Calendar is not out yet) Tuesday, and likely no parties the rest of that week after 10/31, will make it have a different crowding pattern than most of this period—we will be able to comment on it more specially after the November hours are out, in later April.

THE BEST DAYS NOVEMBER AND DECEMBER

We will be able to comment on these months after Disney releases its calendars for November and December.

We pride ourselves on writing the best-reviewed, most accurate and most up-to-date Disney World guidebook series ever, and part of keeping it up to date is revising it several times a year.

Our March 2017 update included more than 60 pages of changes. Key changes are below.

CHAPTER 1: HOW TO USE THIS BOOK

Chapter 1 includes three things: guidance on how to use the book, boiling down our recommendations—especially for first timers–by chapter; and “what’s new” for returning visitors.

The key changes are in “what’s new,” and point out

CHAPTER 2: WHY AGE AND HEIGHT MATTER and CHAPTER 3: HOW LONG TO STAY

CHAPTER 4: WHEN TO GO

CHAPTER 5: WHERE TO STAY

CHAPTER 6: HOW TO SPEND YOUR TIME

Chapter 6 is the heart of the book, and saw 22 pages of changes from us—well, actually, almost entirely from Josh.

Just a few highlights of the updates here include:

CHAPTER 7: WHERE TO EAT

New or completely redone reviews include

CHAPTER 8: WHICH TICKETS TO BUY AND HOW MUCH TO BUDGET

Disney raised ticket prices in February 2017, so all our pricing material has been revised. One ticket form is gone, a new one has been added, there’s now a penalty for not buying in advance, and a new expiration policy is in place—we cover all of these.

Here’s the scoop on the November 2016 update:

KEY CHANGES SINCE THE MARCH UPDATE

The shift of the lunch characters at Hollywood and Vine from Disney Junior to Minnie, Mickey, etc has been delayed until September 4.